Sue McNeill was born in Belfast and educated at Battle Abbey & Millfield School, Somerset.  She obtained a Diploma of Art in 1974.  Post Graduate study with Kenneth Webb and the Irish School of landscape Painting.

Sue was a part-time lecturer with North Down & Ards College, and ‘The Irish School of Landscape Paintings’, but has resigned to develop her own paintings.

She founded “Ladybird Art Studio”, in Donaghadee. Co Down in 1978, with a purpose built Studio facing the Irish Sea, where she provides professional training for painters in all media. She demonstrates in oils, acrylic, watercolours and mixed media, to varies art groups and societies throughout the North of Ireland, and also the south and west of Ireland.

Has received various commissions for feature panels on public and private buildings including Bank of Ireland, Planards limited, and John house London. She also has work in Private Collections in USA, France, England and Ireland.

Invited with 11 other members of the Ulster Society of Women Artist, by The Women Painters of Washington, to exhibit in a Millennium exhibition in Seattle. 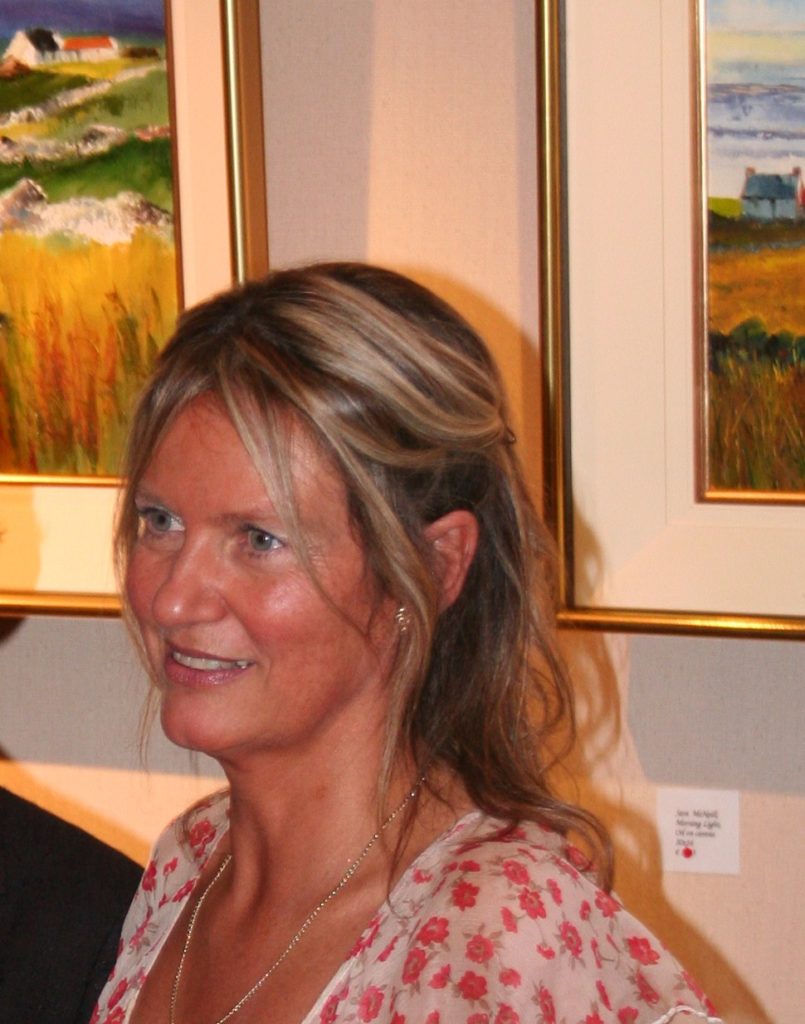