Born in Dublin, Ireland, Patrick Cahill has been working as an artist for over thirty years. He began his career as a graphic artist and then spent some time working in illustration, and for the past twenty years he has devoted himself exclusively to fine art.

He would originally have been best known for his very personal interpretations of the streets and buildings of his native city, and most particularly his unique observations of the Horse Fair in Dublin’s Smithfield

The Royal Hibernian Academy, The Watercolour Society, The Oireachtras and the Dublin Painting and Sketching Club.   He has had many sole exhibitions to date, mainly in Dublin, he also shows annually during the Opera Festival, His work can be found in private and public collections both at home and abroad and is included in the permanent Watercolour Collection of the University of Limerick.

Watercolour was Cahill’s first love and he has been a member of the Watercolour Society for all of his painting life.   He has won three awards with the Society since the awards system was introduced in recent years and his watercolour work has been featured in the International Magazine “Master Showcase”

Nowadays, Cahill paints both in oils and watercolour, and his subject matter covers a wide range, including landscape, streetscape, still life horses and the nude. His painting style could be described as “alla prima” which means “first go” 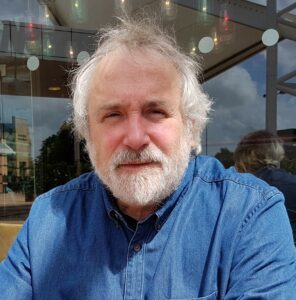