Liam Butler was born in County Kilkenny. He has travelled the world and worked as an industrial welder for many years in Germany and America, before returning to Ireland. He now lives in County Galway where he has been creating art work in metal for nearly thirty years.

Liam Butler work is inspired by his immediate surroundings in Connemara. His windswept trees express the harsh winds of the west coast, his birds include herons, robins, and various other sea-birds native to Ireland, and the iconic Galway Currach has also featured numerous times in his work. He depicts people in various forms and walks of life, from families to fishermen, each one capturing the movement and life of the real thing.

After 30 years of creating sculpture he is truly a master of his craft. However, he never stops experimenting and continues to create new designs and develop new techniques in creating his work. He is very generous with his knowledge and has passed down his skills to his three children; Ronan, Lisa and Davin.
His professional career gave him a complete understanding and mastery of his materials. He began to explore and experiment in sculpture, mostly creating works in stainless steel. When he graduated to using copper it had a liberating effect on him. It was more pliable and malleable than steel and allowed him to express himself in a more personal and exciting way. He is completely self-taught, technically brilliant and his work is instantly recognisable. – The Kenny Gallery 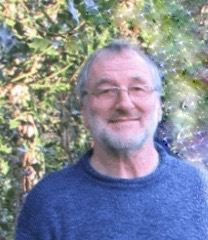