Desmond Carrick was born in Dublin in 1928 and educated at the National College of Art in Ireland where he studied drawing under Sean Keating and Maurice MacGonical. He was elected a full member of the Royal Hibernian Academy of Arts in Ireland in 1968 and served as RHA Secretary between 1968 and 1982.

Although specialising as an artist in oils and watercolour, he has worked in various media including lithography and stained glass. He is well known for his impressionist style of painting, depicting Irish and Spanish country scenes. During his 81 years he has exhibited in a great many one-man, and group exhibitions, and his work is represented in private collections in the USA, Europe, Australia and New Zealand. 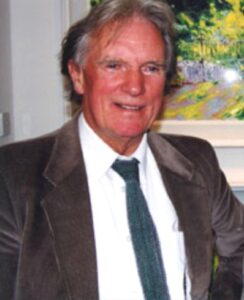